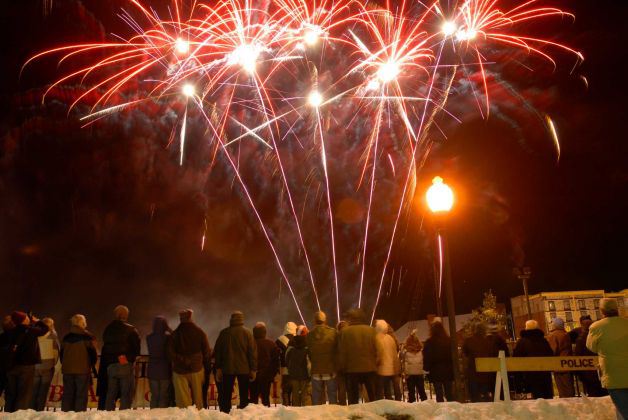 First Night Saratoga is the largest New Year’s Eve event in New York outside of NYC. As one of the oldest and largest First Night celebrations in the country, the event is the most affordable, accessible, family-friendly, safe and exciting way to spend New Year’s Eve in the region!  This year, Saratoga Arts brings over seventy regional and touring performing groups to over thirty venues throughout Historic Downtown Saratoga Springs for this evening of live music, dance, comedy and other performances.  Annually, over 10,000 people ring in the new year with Saratoga Arts and First Night Saratoga!

Saratoga Is All About Food, Wine and Old Cars Sept. 5-7In "Saratoga County"

Hi folks, this is "Big Chuck" here. I love Upstate New York! I have written several books about the region, do a lot of public speaking around the state, am an award-winning radio broadcaster (since 1989), write a bi-monthly newspaper column and give walking tours of Cooperstown, N.Y. Yes, I do keep busy! I hope we can share some Upstate stories on this blog! If you would like to take a look at my series of Upstate New York books visit www.upstatenewyorkbooks.vpweb.com
View all posts by "Big Chuck" →
This entry was posted in Saratoga County and tagged saratoga. Bookmark the permalink.